Pickleball is the fastest growing sport in America, so it’s no wonder Sarasota has become a great place to play!

Parks, community centers, and private recreation facilities around Sarasota County host drop-in play, allowing visitors to enjoy a good game along with the locals while on vacation year-round.

“Pickleball is a great sport because you can go anywhere and just pick up a game. I’m shocked how Sarasota has become a year-round destination,” says Terry Ryan of Sarasota, also known as “Pickleball Terry.” Ryan is a USA Pickleball Ambassador and certified pickleball coach who’s a well-known local expert on everything pickleball-related in Sarasota County. Her website, www.sarasotapickleball.com, features helpful information about the local pickleball scene for residents and visitors alike.

Ryan says any major travel destination seeking to draw lots of visitors these days needs to offer pickleball for tourists, and Sarasota is obliging. “Everybody is jumping on the pickleball bandwagon,” she says.

Some travelers would like to know in advance where they can play in Sarasota, so they can plan a perfect trip with pickleball on their itinerary. Ryan gets calls from folks seeking advice and she’s happy to share. “A family from Ohio just called me. They found me online. They are coming in July and they asked me where to play pickleball. They like to play pickleball in the morning and go to the beach in the afternoon, and then go out to dinner.”

If you’re planning a trip to Sarasota and anticipate a bout of pickleball fever while on vacation, pack your gear. Hit the court in the morning for some games before heading out to the beach or to a museum in the afternoon. 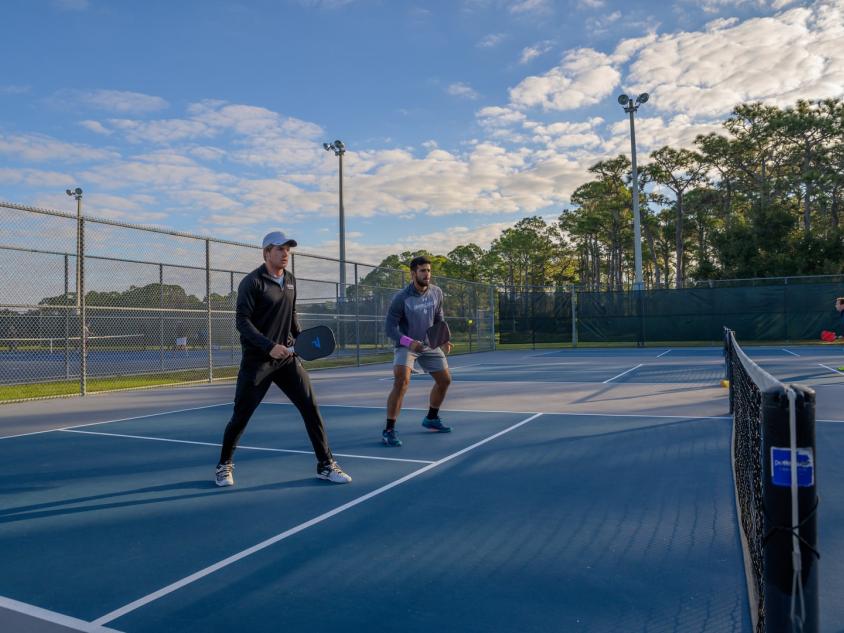 Where visitors can play in Sarasota County

Here are three places with indoor courts that allow drop-in play without reservations:

Note that days and times for open play could change at any time for a number of reasons, including weather, so it’s best to check with a specific location before just showing up. You also might want to contact the venue or email Pickleball Terry to find out what hours are set aside for players of certain skill levels, so you can enjoy your best game.

Pickleball is a mix of tennis, badminton and ping pong, and it’s super fun for all ages and skill levels. Players use paddles and a plastic ball, and play games on tennis-like court with specific pickleball lines. The court is smaller than a tennis court and players most commonly play doubles although you can play singles, too. Pickleball has its own set of quirky rules but they’re easy to learn. Visit USA Pickleball to see the rules. Many people don’t take lessons but just get on a court and start hitting balls to learn. Games can be competitive or casual.

And no, pickles are not involved. It’s said the game was named after a dog named Pickles that belonged to the folks who invented the game. 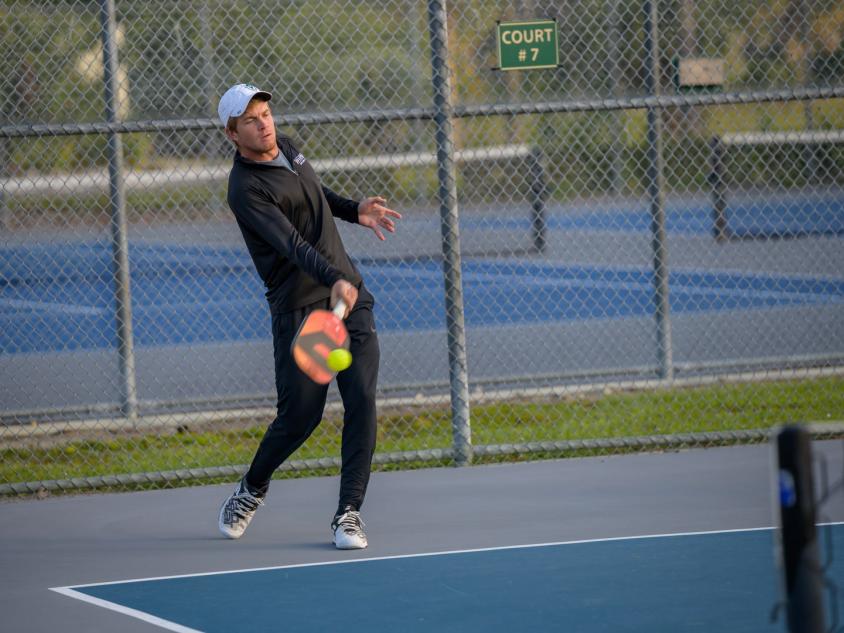 If you didn’t bring your paddle and some balls once you arrive in Sarasota, or changed your mind, found extra time and decided you just have to get some games in, you can pick up a new paddle and some pickleballs at Dick’s Sporting Goods at The Mall at University Town Center in Sarasota. There’s also a small retail store near the mall called Pickleball Sarasota that specializes in all things pickleball, from clothing to supplies and paddles.

Pickleball Terry also sells paddles, rents nets for $25 for four days, and is a great overall resource for enthusiasts. Email Pickleball Terry at [email protected] and get ready for some pickleball. You’re very likely to get roped into “OMG” – One More Game!

Selby Aquatic Center is one of the nine sites selected by USA Swimming to host...

Get your baseball caps ready for the 30th edition U-18 Baseball World Cup, with Sarasota...

Switch gears and roll into your niche - whether you’re a novice or expert, cruiser...

Athletes Prepare for Olympics on the Suncoast

A variety of international softball, rowing, and BMX teams have selected Sarasota as a training...

Polo: The Sport of Kings

Mention polo and most people conjure up images of Prince Charles, wealthy aristocrats and fine-bloodline...