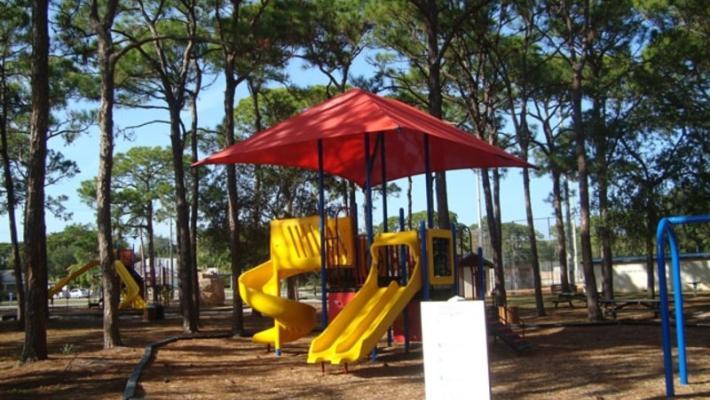 This community park rests upon 10-acres that used to be an old lemon grove. It has served as the hub of recreational activities in Englewood since it's grand opening in 1947. It began as a concrete slab, poured by volunteers, for neighborhood kids to use as a skating rink. In 1984, Sarasota County entered into an inter-local agreement with the Sarasota County School Board whereby the park grounds became school property with the county agreeing to continue maintaining it. In 2000, the county entered into an agreement with the Sarasota County Sheriff's Department whereby the Recreation Building